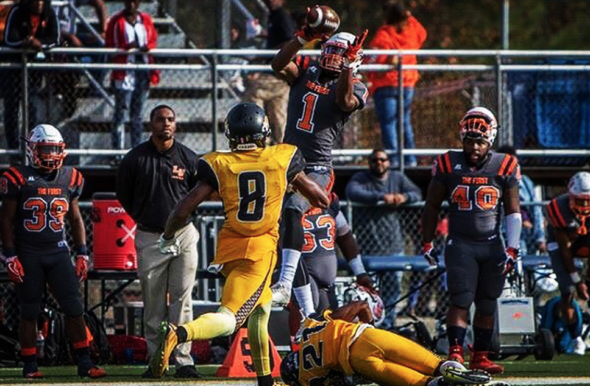 Background: A native of Rialto, CA. Began his career as a freshman at Grossmont College (JUCO) and played in seven of ten games in 2014. Played in three games as a sophomore in 2015. Started nine out of ten games after transferring to Lincoln (PA) in 2016. Started in all ten games as a senior in 2017.

Strengths: Price is a player with NFL height & weight at the receiver position. He has good arm length despite being lanky. He has a great catch radius, and uses good body control when bring in passes along the sidelines, and in traffic. He has great jumping ability to catch jump balls against one or multiple defenders. At the line of scrimmage, he can get off the jam, and use a jab step to beat his defender. When it comes to fades, he’s a red zone threat. After making the catch, he doesn’t go down after first contact. He always looks to fight for extra yards. A very willing blocker in the run game, looking to take defenders to the ground.

Weaknesses: Price doesn’t have an explosive first step off the line of scrimmage, and doesn’t have elite speed when he runs. As a route runner, he tends to round off his cuts, and only gets very little separation from defenders. When running short & medium routes, he brings the ball in with his body instead of his hands. A lack of yearly production will also be a concern. 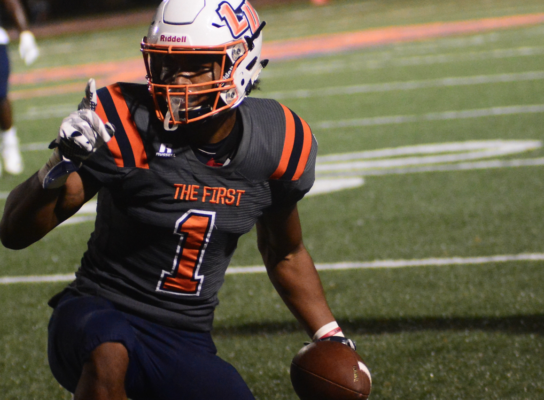 Summary: In his two-year career as a Lincoln (PA) Lion, Price recorded 67 receptions, 1,163 receiving yards, and 11 receiving touchdowns. His best season was in 2017 where he recorded 48 receptions, 825 receiving yards, and five receiving touchdowns, which he led his team in all categories. He has the height, weight, body control, and jumping ability to be considered as a red zone threat at the pro level. While he doesn’t have elite speed, he can get off the jam, and beat defenders with a jab step on his routes. He’s a physical player when it comes to fighting for yards after the catch, and when blocking on run plays. His value will go up with improvements in his 40-time (4.62), route running, catching with his hands on short & medium routes, along with a strong showing at the upcoming FCS National Bowl. He deserves consideration as an undrafted free agent due to his size & high ceiling for improvement.