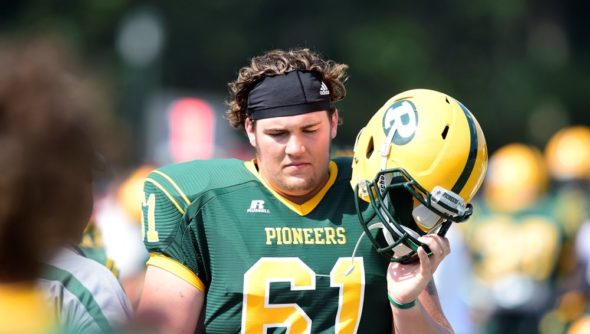 My Grandfather, because he always made memo my best and while was teaching me he was doing his best to keep his life the best it could be.

Yes, I played baseball and basketball

Umm I’m not sure I’m just trying to do my job day in and day out no matter who is across from me.

David Bakiarhti. Because I love the way he plays. His love for the game and the technique is different.

I had no where to go after high school and thought I want going to play football again then I found a prep school but I couldn’t afford it. I told the coach of the prep school that I would work for him if I could play, so thats what happen and I woke up ever morning knowing that I have to work even harder just to get to the next level.

My junior year championship game we were driving down field late in the second and we ran QB power to my side to take the lead.

I have shoveled my neighbors driveway for her. She is 94.