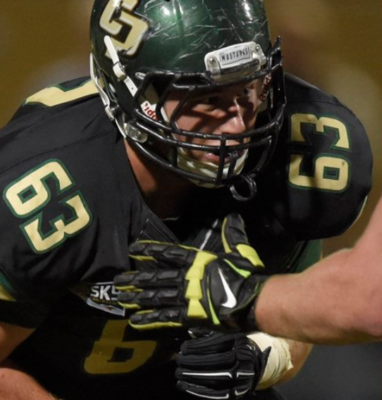 My dad and because how he has had to work for everything he got. He now is very successful in what he does but he started off putting up chain link fences to pay his way through college. I️ respect how far he has come and how he has earned every opportunity he has got.

Professor Carr. He was my business law teacher Freashmen year and just made an impact on me as a person as whole as with the material he had.

I️ played rugby along with football. Rugby is a sport I️ have played for 14 years and look forward to getting back to the sport once my football career is done.

My teammate Fino Elisaia. He is great with his hands and has good speed for his size. He is on the shorter side so I️t makes him tough to move in the run game. Another player who was tough was Tank Harris from UND.

RJ Mazolewski. He plays fast side line to side line and always puts the defense in the best situation to succeed.

Till I️ collapse by Eminem or Patiently Waiting by 50 Cent

Shaq Mason. He is a guard for the patriots and just plays low and fast allowing him to be physical at the point of attack, he is also undersized so to see him have success on a super bowl team is very inspiring. I️ also would compare my play to Jeff Saturday in the sense he played the game really well between his ears and knew where the opponent was going to be before the ball was snapped.

The loss of my grandfather. I️ overcame it by just knowing that all he would want me to do is succeed and work hard to continue going forward. In every aspect in my life I️ try to do what I️ believe would make him proud. 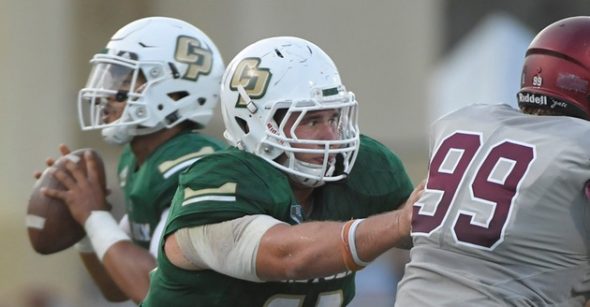 I️ have many pregame rituals but just a few are a prayer on the 20 before every game, as well as drinking a purple Pedialyte on every game day.

I️t was in 2015 when we beat Montana at Montana. We were going in for a game winning drive, I️ veered and cut the Mike backer allowing us to get within field goal range and have a shot to kick I️t for the win.

Walk for Autism: I️t was just amazing to see how much these kids valued our presence and really put into perspective how lucky I️ am to do what I️ do.