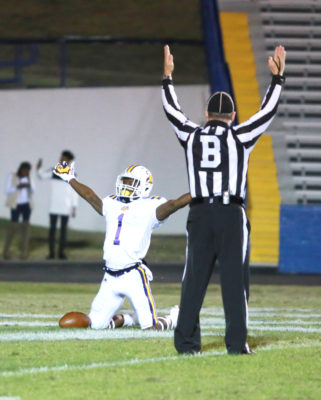 Born in Louisville, KY where I have lived my entire life.

My mother is my role model, everything I do is for her and I would never want to disappoint her.

Growing up I played Basketball and took it very serious from third grade all the way up to my senior year in High School when I found out that I was going to college for Football.

The Biggest Obstacle I had to overcome was going to The University Of Louisville as a Walk-On. When you are a walk on you have to go above and beyond to get noticed and I never gave up no matter how hard it got. I just continued to grow and earn my coaches trust in practice which allowed me to play in games and start on every special teams which ended up earning me a scholarship after my second season.

My pre-game rituals just consist of catching 50 passes with my weighted 2lb football so that when it’s time to catch a regular football that’s not weighted I am able to attack the football with my hands and catch it a lot easier.

My most memorable play would be when I scored my first college touchdown at Mercer University in 2016 on a 109 yd kick return that I ran back for a touchdown.

Last year we had a community service even at a nursing home and I was able to play football with The elderly in a wheelchair and we called it Wheelchair Super Bowl and treated it like a real game. It was a great time, I had a lot of fun!

Three people I would have dinner with dead or alive would be: Barack Obama, Marvin Harrison, Warren Buffett