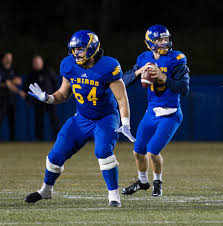 The University of British Columbia

My grandfather. He is the hardest working, most genuine hearted, honest man that I know. I aim to model myself after him. His tenacity and resiliency are traits that I try and emulate everyday in my own life.

My grade 10 English teacher Mrs. Czudner. She pushed me to be better everyday in the classroom, on the field and as a man. She was actually the catalyst in my pursuit to become a collegiate student-athlete and still today is mentor who motivates and guides me to reach my potential on and off the field.

I was a hockey player for 9 years before switching my focus fully to football in grade 11.

Definitely David Onyemata while he was playing at the University of Manitoba. Currently playing for the New Orleans Saints, he was my first match-up of elite caliber on the line of scrimmage and I hope to one day play against him again in the future.

Definitely Ben Hladik. He is a true freshman starting for us at defensive end. He has all of the physical tools to become an elite level athlete and is cerebral enough to play at the next level. High ceiling and and an incredible talent – all at only 18 years old. 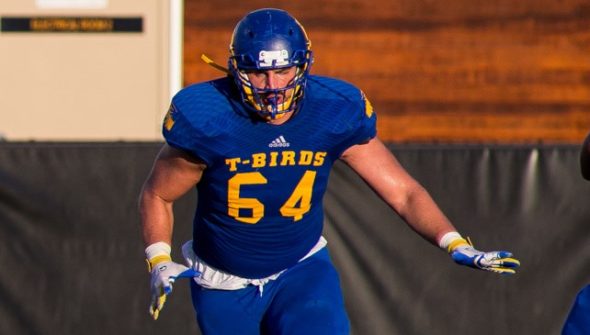 Something from Nothing – Foo Fighters

I try and model my play after Joe Thomas’. He is a cerebral, technical offensive lineman who wins reps with his technique, footwork and IQ. Of course he is a strong, powerful man who can beat guys with strength, but he approaches each play as a battle of position and uses his brain and muscles wonderfully in unison. That’s how I want to play; the perfect combination of power and smarts.

Moving away from my family to live and go to school on the other side of the country. It was a tough situation for me, being away from home for the first time ever and having to live and adapt to an entirely new environment and living situation. I thought of my grandfather during this time – being an immigrant from Croatia, moving to a new country and starting a new life entirely. I thought of his courage and bravery to face whatever he needed to to become successful in his new life. That definitely got me through some tough times and tumultuous situations in my first year away from home.

I wouldn’t consider myself a very superstitious person, but I do find myself getting to the field considerably early every game. I like to be the first one in, get my locker ready for the game, get changed and go onto the field alone with my headphones in. Visualizing every play before I go back into the locker room and suit up for game time.

Definitely my first snap as a college athlete. In my redshirt year I was allowed to dress for one game and I remember we were up by a few touchdowns late in the 4th quarter. To my surprise, my coach put me in at right tackle and we were running an inside zone play. I remember just visualizing my steps and focusing on blocking the man in front of me. When the ball was snapped I took my steps, fit up to my man and actually ended up pancaking him in the backfield. I’ll never forget the excitement of my teammates on the sideline cheering for me after a successful first play as a college football player.

Myself, my QB Mike O’Connor and a few of our friends teamed up and got together early one morning and made 600 sandwiches to hand out to the homeless in one of Vancouver’s most reputable homeless areas. We also were able to hand out warm gloves and beanies that someone was generous enough to donate after we told them about our plan to hand out food. The feeling of giving and making these people’s days is something that can’t be duplicated. It’s a pretty cool thing making someone’s day when they maybe haven’t had a good day in a while.

Being from Windsor, so close to Detroit, I was a big Detroit sports fan growing up. The Lions are a team I’ve always paid attention to and am still a fan of to this day.