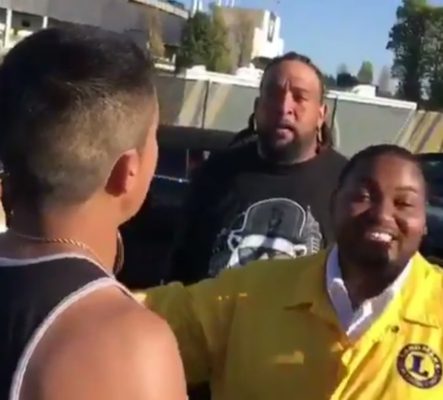 Oakland Raiders offensive lineman Donald Penn went off on a fan outside the stadium, saying I do block bitch, then even said the N-word.

It all went down after the Raiders lost to the Ravens — Penn gets out of his car and says to a man wearing a Raiders shirt, “All that f**king talk, you ain’t gonna do shit n***a.”

Raiders offensive lineman Donald Penn was ready to fight his own fans after today’s loss @LacesOutShowpic.twitter.com/4SmYOgxmPl

Penn then grabbed a security guard and told him to tend to the fans.

After the incident, Penn went to Twitter and wrote, “He threw a bottle at my car but I should of stayed in the car”.

He added, “He was tryna get me to react so he could sue me glad I took a sec 2 think.”