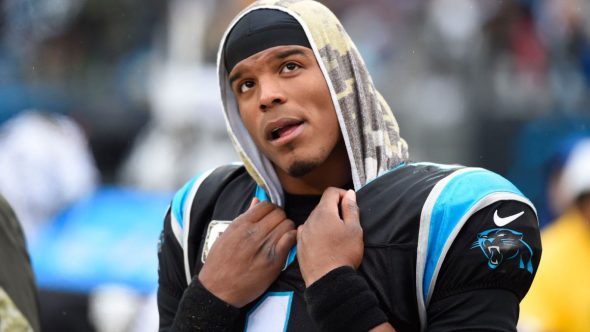 Cam Newton took a shot at all female sports reporters today, when he responded to Jordan Rodrigue’s question during a press conference.  This is not cool folks.  Cam took a jab at her, and according to her, she confronted him afterwards and his comments were worse.

I spoke with him after and it was worse. I chose not to share, because I have an actual job to do today and one he will not keep me from.

Panthers director of communications Steven Drummond said in a statement that he spoke with Newton and Rodrique “and I know they had a conversation where he expressed regret for using those words. We strive as a department to make the environment for media comfortable for everyone covering the team.”

A source close to ESPN, however, said Newton did not apologize.