Bob McNair apologizes for his horrible choice of words 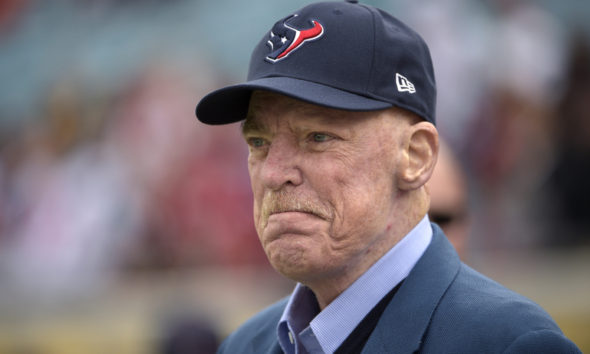 Houston Texans owner has apologized for using a HORRIBLE, YES I SAID IT, HORRIBLE choice of words.

Houston Texans owner Bob McNair issued a public apology Friday for saying “We can’t have the inmates running the prison” during last week’s owners meeting in reference to ongoing player demonstrations during the national anthem.

“I regret that I used that expression,” McNair said. “I never meant to offend anyone and I was not referring to our players. I used a figure of speech that was never intended to be taken literally. I would never characterize our players or our league that way and I apologize to anyone who was offended by it.”

Texans coach said he is 100 percent with the players today to ESPN.