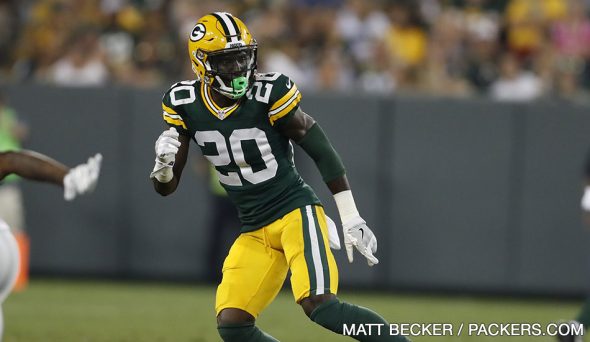 We are learning that former Green Bay Packers cornerback Makinton Dorleant is in New Jersey working out with the Jets today. Dorleant is joined by former Saints running back Travaris Cadet.

After going undrafted in the 2016 NFL Draft, Dorleant signed with the Green Bay Packers. He made their active roster and was eventually released after suffering a knee injury.  Dorleant is the best defensive back available right now, and should be on a team. Since being cleared by the doctors’ three weeks ago he has already had workouts with the Bills and the Chiefs.