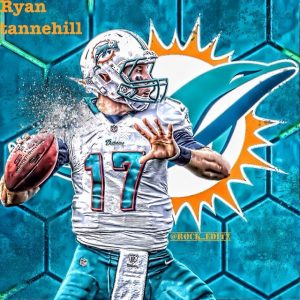 Dolphins quarterback Ryan Tannehill has been a decent quarterback, but according to a report he is not a bad decision maker

Ryan Tannehill missed the last four games of the season last year with a sprained ACL and MCL. Today in practice the former wide out converted to quarterback went down awkwardly in practice holding his left leg.

Tannehill has knee problems and was wearing a brace.  He was carted off the field, and the practice immediately became dim.  Hopefully this is precautionary for Dolphins fans.

Ryan Tannehill scrambles outside the pocket goes to the sideline, falls and he is now down being attended to.

Dolphins Ryan Tannehill went down after scrambling to the sidelines. He fell awkwardly on what could be his left leg, where he has a brace.