Could Ezekiel Elliott be suspended more than six games? 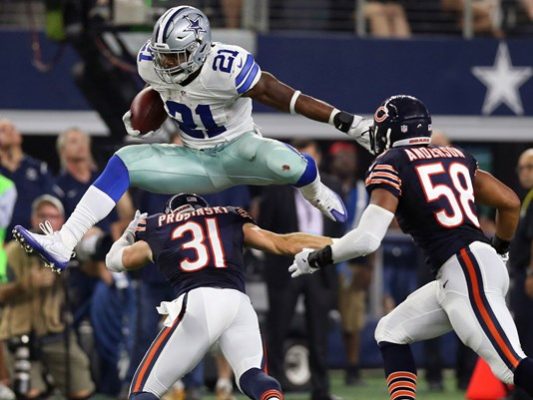 The NFL is trying to send a message to Dallas Cowboys running back Ezekiel Elliott, because they feel he is not obeying their rules.  Elliott was warned by the NFL about his actions on and off the field, and now the Ohio State back is facing a six game suspension. According to Brandon George of the Dallas Morning News, when the NFL made their decision to suspend Zeke, they only reviewed the domestic violence allegations and the St. Patricks’ Day parade incident where Elliott pulled a woman’s top down exposing her breasts.

Since the NFL issued that letter though, Zeke has been in another incident as well. Remember July 16th? A man claims he had his nose broken when the Cowboys running back supposedly punched him in the face. While no charges were filed, the extent of Elliott’s involvement is unclear. The league already disciplined Elliott once without charges being filed.  If the NFL looks into this matter, could Zeke face even more time on the street?

Do you think Ezekiel Elliott should face a longer suspension?