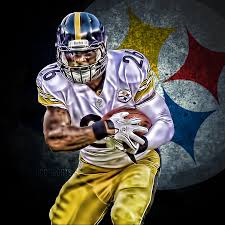 Le’Veon Bell is a beast, and this move makes me like him a little more

Will he be a training camp holdout?

This make sense in a way because he is super valuable to the Steelers.  Taylor then said that Bell would hold out of camp.

What do you think the Steelers should do?  Right now they have an OT in Alejandro Villanueva and Le’Veon Bell wanting more money. They say they are focused on getting Villanueva a new deal.