Seahawks second round pick was involved in a bad ATV accident 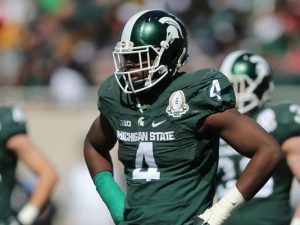 According to Adam Schefter of ESPN, Malik McDowell the former Michigan State defensive lineman was involved in a pretty severe ATV accident and could miss the entire 2017/2018 NFL season.

McDowell started 23 games as a Spartans defensive lineman, and made the Associated Press’ All-Big Ten Second Team in 2015 and the First Team in 2015. He recorded 90 tackles and 7.5 sacks in 36 games at Michigan State.

Seahawks rookie DL Malik McDowell involved in a car accident and is not with Seattle in training camp. pic.twitter.com/Z3ADuVSnaS