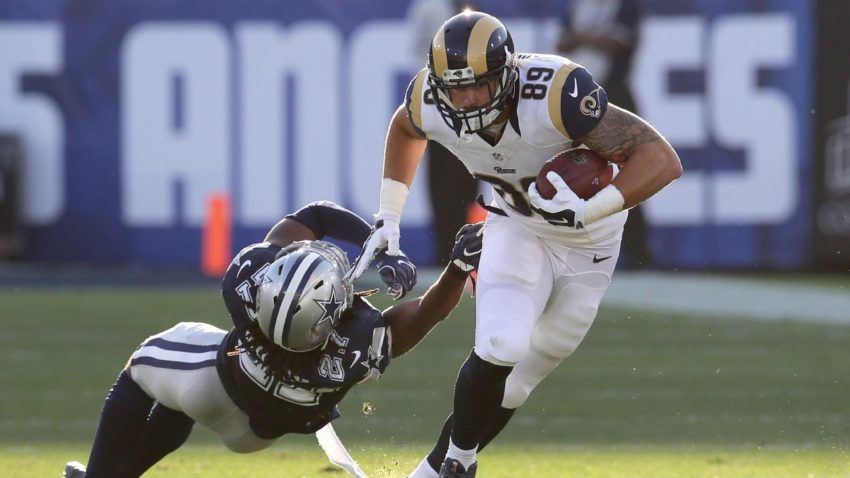 Los Angeles Rams tight end Tyler Higbee is in the Rams plans this year, but he could face a suspension from the NFL.  Higbee avoided jail time after pleading guilty to assault for a fight outside a bar in Kentucky last year.

Higbee told police he and his girlfriend had been to a bar in April 2016 when he got into an argument with Nawaf Alsaleh.

Higbee and his girlfriend left the bar and went to a nearby parking lot to buy from a food truck. Police say Alsaleh approached Higbee again, and Higbee punched him.

The NFL may get involved, but if they do Higbee likely will not get in too much trouble.