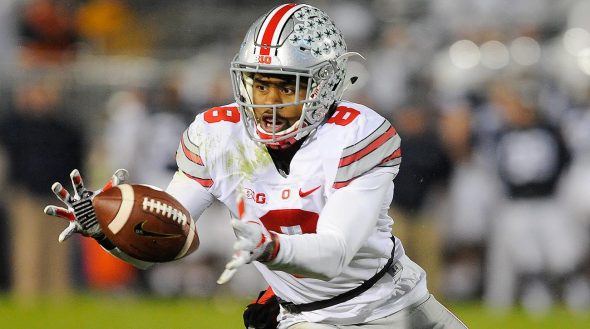 Gareon Conley the Ohio State defensive back is still awaiting word from the Cleveland Police Department for his ongoing investigation of an alleged sexual assault. With the news taking so long to come out it makes you wonder if the Cleveland Police Department will make his case go to a Grand Jury so they do not have to make a final decision on the case themselves.  In Law Enforcement, a sexual assault/rape allegation is not taken lightly.  With that being said, there must not be enough evidence to throw the case out or charge him, which means the case is likely a he said/she said case.  Conley and his witnesses who were in the room still have not heard from the Police.  This case has basically went cold, and with the season about to start I would be shocked if we do not hear a decision soon on what they are expected to do.

According to Mike Florio of Pro Football Talk, the Oakland Raiders and first-round CB Gareon Conley are discussing a contract, even though he has yet to hear whether he’ll face formal charges. The Raiders were aware of the rape allegations against Conley but still used a first-round pick on him this past April.

They did their due diligence and feel the same way I do, that he is innocent.  I could be wrong, but if the witnesses are telling the truth, which all of them matched, Conley should be fine moving forward.  We will see!!