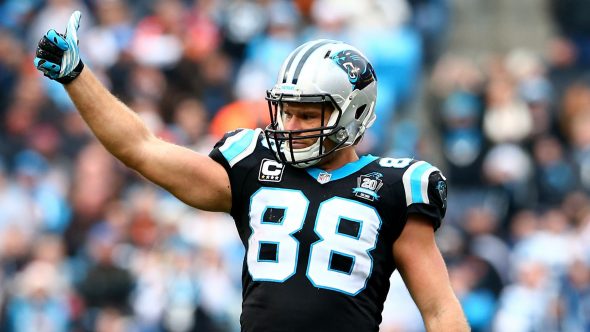 Panthers tight end Greg Olsen expressed frustration with his contract situation in June, and unfortunately nothing has changed. According to Mike Florio of Pro Football Talk, agent Drew Rosenhaus recently made it clear that a holdout is still being discussed.

“Echoing Olsen’s recent comments about the player’s desire for a new deal, Rosenhaus said a decision hasn’t been made regarding whether Olsen will show up for training camp. Due to make $6.5 million in each of the next two years, Olsen wants something that better reflects his productivity.”

The Panthers have been struggling as of late when it comes to keeping their players under contract.  The Panthers need to pay their players and Olsen is a solid player. Right now, he is the seventh highest paid tight end behind guys like Jordan Reed, Charles Clay and Zach Ertz.