If O.J. Simpson is granted Parole he will be worth a good amount of money 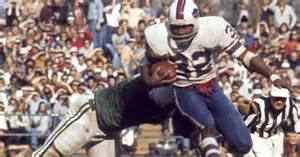 This may sound crazy, but O.J. Simpson was my favorite football player as a kid.  If he is granted parole today, he could cash in on thousands of dollars.  According to TMZ Sports, David Elkouby, the autograph company said that Simpson would be an extremely popular attraction at an autograph signing event. In fact, Elkouby said his company would guarantee OJ “thousands” to appear at a signing convention.

“Just based on the fact that he’s been away for a long time, there would be interest in having him appear in places,” Elkouby explained. “We would consider paying him a guarantee of thousands of dollars. As to how much, I don’t know.”

Elkouby believes that Simpson could easily charge $25 or $30 per photo with fans. He also doesn’t think the 1995 murder trial would deter anyone from wanting to meet the Hall of Fame running back.

“Right now is the time to capitalize on the notoriety, and he could probably use a few extra bucks,” Elkouby added. “He hasn’t been doing anything in a number of years. He would do very well, there’s no doubt about it.”

I am glad I have my O.J. Simpson autographs already, but I would like to meet him.  It sounds like O.J. will be okay when he gets out, if he gets out…..