NFL executives are fascinated by Johnny Manziel? Can someone fix his problems? 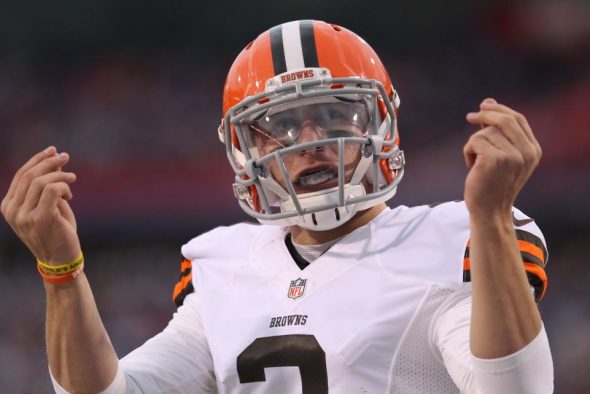 Mike Freeman of Bleacher Report was told that several NFL teams “remain a little interested in Manziel” Freeman also is saying that there are NFL executives and scouts who are still intrigued by Manziel’s game.

However, some personnel men remain fascinated with Manziel. They see that college tape and fall into the eternal trap of thinking they can fix him, and that’s what I’ve been told is going on in some front offices right now.

Though Manziel remains radioactive around much of the league, I’ve also been told it would not be stunning for a team to bring him in for a training camp look.

There may be a wide gap between a handful of teams talking about it and teams willing to do it, but wilder things have occurred in this league.

I wonder if anyone will give Johnny Manziel a shot. I mean while he is a fool off the field, he was pretty productive in college.