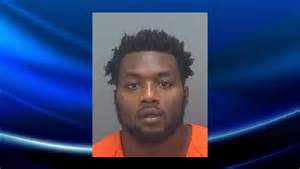 Jaguars defensive end Dante Fowler was arrested in St. Petersburg, Florida according to Greg Auman of the Tampa Bay Times.

The arrest took place at 9.02 pm and Fowler was released a few hours later on $650 bond.

Fowler hit a man after the two argued at an apartment complex. Police have said that Fowler exited his car, hit a man, knocked off glasses, and then stepped on them.  Fowler then took the victim’s grocery bag, with “recently purchased liquor,” and threw it in a lake.

The former first round pick has had a couple run-ins with the law, and really has not been a force yet for the Jaguars.  They are hoping he can turn it around.