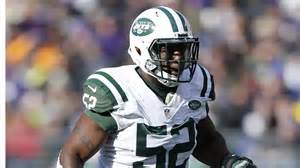 “They reached out to me and I pretty much accepted on the spot that I wanted to play there,” Harris said, via WoodTV.com. “Great organization. They’re the gold standard of the NFL. Why wouldn’t you want to be a part of that?”

Can you blame him for accepting the deal on the spot?