D’Onta Foreman passed a drug test after volunteering for it 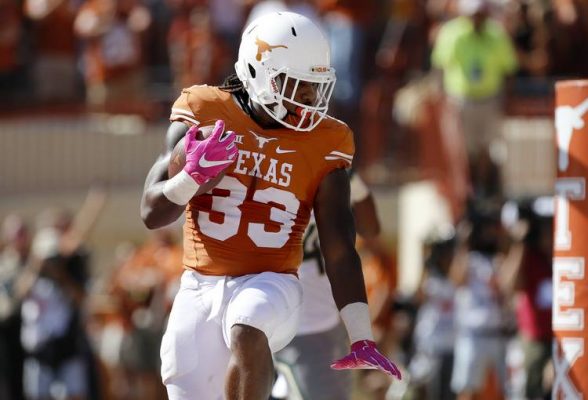 D’Onta Foreman was arrested earlier this week for marijuana possession and gun charges.  Well the former Texas running back willingly volunteered for a drug test and passed with flying colors.  He stated the drugs were not his and now it shows that he was not smoking the product he was caught with.

According to John McClain of the Houston Chronicle, Foreman voluntarily took a drug test for marijuana after his recent arrest and the results came back negative.

“The lab has returned D’Onta’s results,” Foreman’s attorney, Chip Lewis said. “He is crystal clean, everything negative for any illicit drugs, marijuana, absolutely nothing.”