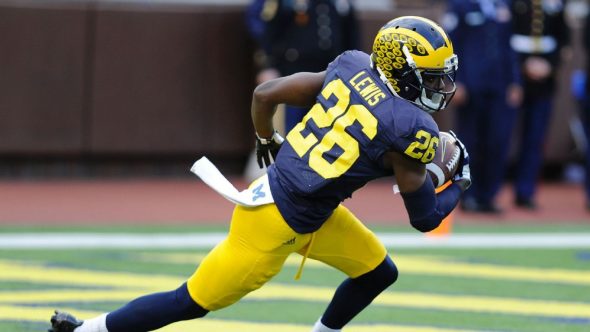 Jourdan Lewis the Dallas Cowboys draft pick is accused of dragging his girlfriend across the floor by her hair, grabbing her neck and holding her down during his time at Michigan. Earlier this year he was drafted by the Dallas Cowboys, and they were confident in his off-field issues. Jerry Jones said this about his draft pick.

“Outstanding off-the-field character throughout his life, great strength of character,” Jones said of Lewis. “We were satisfied we would be OK there.”

According to Orion Sang of the Dallas Morning News, Lewis will miss the first two days of camp as his trial takes place on Monday and Tuesday.

“Parties will always prefer to avoid trials if they can,” said John Shea, Lewis’ attorney. “Some cases, they have to be tried, and this is one.”

Many domestic violence cases will go to a jury because the police do not like making the wrong decision. It is easier to blame a jury for a wrong decision.