Braxton Miller is compared to a Superhero by QB Guru 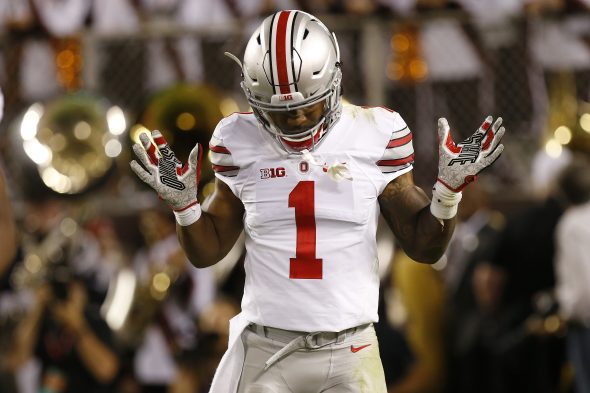 George Whitfield Jr. is one of the best quarterback coaches in the nation. He has worked with some of the greats, and when he was asked about Braxton Miller the former Ohio State quarterback turned wide receiver, he gushed.

“Oh my goodness — Braxton could play every position on the field except the ones where they had to put their hand in the dirt, and he’d still be wildly successful,” Whitfield said. “When he was at Ohio State, he was one of the last superheroes in college football.

“The whole team felt like supermen because Braxton was on the bus with them,” Whitfield said. “At any given time, Braxton can break the game wide open. That’s what superheroes do.”

That is some really high praise for Miller. Miller played in 10 games last year as a rookie, catching 15 passes for 99 yards and one touchdown. It sounds like George Whitfield Jr. believes in Braxton Miller the same way the Texans do. That is great!!