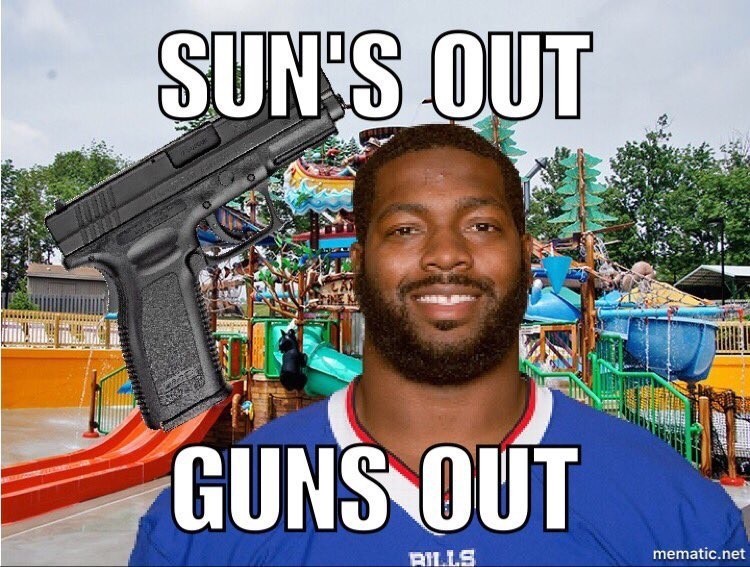 Buffalo Bills defensive tackle Adolphus Washington was arrested on weapons charges this weekend at a water park near Cincinnati. Washington a former Ohio State product had an amazing season last year as a rookie. This could sting, because the Bills are not very deep on the D-Line.

The 24-year-old was arrested at Splash Cincinnati Indoor Water Park in the suburb of Sharonville, Ohio, at about 10 p.m. on Sunday, per ABC News affiliate WKBW Buffalo. Police were clearing out a crowd in the parking lot when Washington “reached for and displayed a gun while sitting inside his vehicle, just feet away from officers” without informing police beforehand, according to the report obtained by WKBW. He was arrested and has since been released, according to Deadspin.