Does Bill Belichick have the next great quarterback in Jimmy Garoppolo? 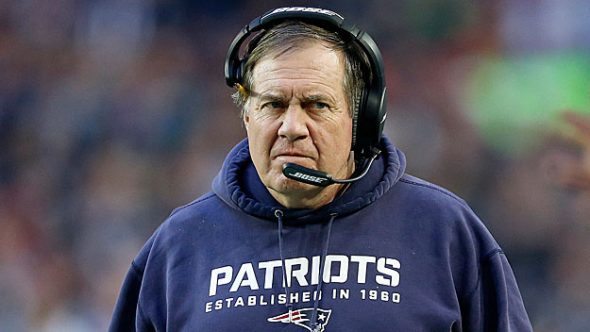 If you are not a New England Patriots fan, you have to be a little jealous of how awesome they are. I am a diehard Buffalo Bills fan and it is hard watching the Bills play the Patriots twice a year. Especially when you consider they have to go up against Tom Brady.  Well one NFL scout in the AFC told Mike Giardi of CNS New England that, Bill Belichick feels he has the next great quarterback in Jimmy Garoppolo.

“I know teams called about Garoppolo,” the scout said, per Mike Giardi of CSN New England. “I don’t believe they were ever given a realistic price. Why? To me, the answer is simple: Bill thinks he’s got the next great one. I watched his snaps. I think he can be that. [Garoppolo] has a great base, and his mechanics are close enough to [Brady] that you appreciate his willingness to learn and the coaching he’s gotten there.”

New England received phone calls from teams trying to trade for Jimmy G, but they would not part with him, they wanted the first pick in the NFL Draft.  The Browns contemplated it but realized the cost was too much and backed away.