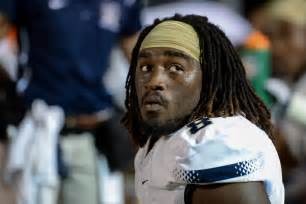 Apopka, Florida has produced many solid football players in the NFL.  Shoot Warren Sapp is just one of the famous players to come from the Florida High School in Central Florida. While many are talking about Martez Ivey who is considered one of the best offensive tackles in the 2018 NFL Draft, but I want to talk about a different player.  Martez Ivey is good, but Anthony Ellis is a stud.  Ellis plays for Charleston Southern, and he is being recognized as one of the best pass rushers in the Draft.

Anthony Ellis was named the 2017 Big South Preseason Defensive Player of the Year for the second consecutive season last week. Ellis was a finalist for the Buck Buchanan Award in 2016 and earned All-America recognition from STATS, the Associated Press and Hero Sports last season. He was tabbed a 2017 preseason All-American by Athlon’s in June, and soon he will hear his name called.  Here is our interview with small school hero Anthony Ellis:

My main goal this year is to win a national championship

Every time I suit up I will work and play harder than them.

Johnny Robinson, another young player from Apopka.  He too is an edge rusher, and he has talent.

I took a Mission Trip to the Bahamas, it was a great time.

You want a playmaker? A guy who will contribute to the team in anyway. I’m the guy!