Is trading for a head coach worth it? If so what coach would you want? 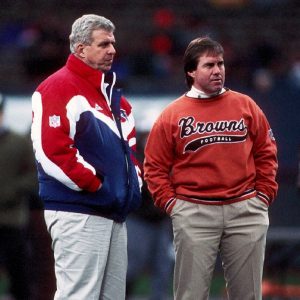 Would you trade for a head coach?

There have not been many coaches traded in the NFL, or in any major sport to be honest. Only 11 coaches have been traded since 1960.  The last major attempt was when the Browns tried to trade for Jim Harbaugh.  That did not work, but here are four that did work.

The New York Jets allowed head coach Herm Edwards out of his contract in 2006 so he could sign with the Kansas City Chiefs. In exchange, the Chiefs gave up a fourth-round draft selection.

In 1997, the Jets tried to hire Bill Parcells as head coach. However, he was still under contract with the Patriots who would not release him out of his final year with the team. To get around that, the Jets tried to name Belichick, an assistant to Parcells with the Jets, as head coach and Parcells as a consultant in exchange for two first-round picks in the 1997 draft. Commissioner Paul Tagliabue rejected that deal. But a week later he did accept a deal that involved Parcells to be named head coach of the Jets. The Patriots received third- and fourth-round picks in the 1997 draft, a second-round pick in the 1998 draft and a first-round pick in the 1999 draft. The Jets also donated $300,000 to a Patriots charity. (H/T FanSided)

So with that being said, I want to know what coach you would trade for? Is there anyone in the NFL would you give up a draft pick or two for?