Kirk Cousins and Redskins are talking a contract extension 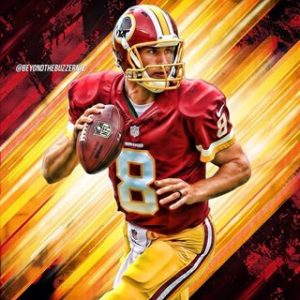 Kirk Cousins and the Redskins are talking long term deal

The Washington Redskins could be ready to commit to their former third round pick moving forward.

According to Adam Schefter of ESPN, Bruce Allen and Cousins’ agent Mike McCartney had their first face-to-face meeting about the contract for the first time in two years at last month’s league meetings. They have since met a second time, which is part of an “improved, encouraging tone” that has created hope that a deal could get done by the deadline or after the 2017 season if things don’t move quite that quickly, per Pro Football Talk.

If this happens that would be a huge deal, because Cousins is making 24 million this year under the Franchise Tag. The Redskins said earlier this off-season they are not afraid to hit him with another tag at the end of the year if they cannot get things done. It sounds like Cousins and his agent want to work something out.