Derrick Burroughs was a first round pick of the Buffalo Bills after a phenomenal career at Memphis. Burroughs played from 1985 until 1989.

Burroughs had a remarkable football career which ended tragically with a neck injury during a Monday Night Football Game on September 24, 1989 against the Houston Oilers.

Burroughs failed to keep his head up on a tackle. Burroughs’ body went totally limp and he fell to the ground. Derrick Burroughs found himself paralyzed for over 24 hours. 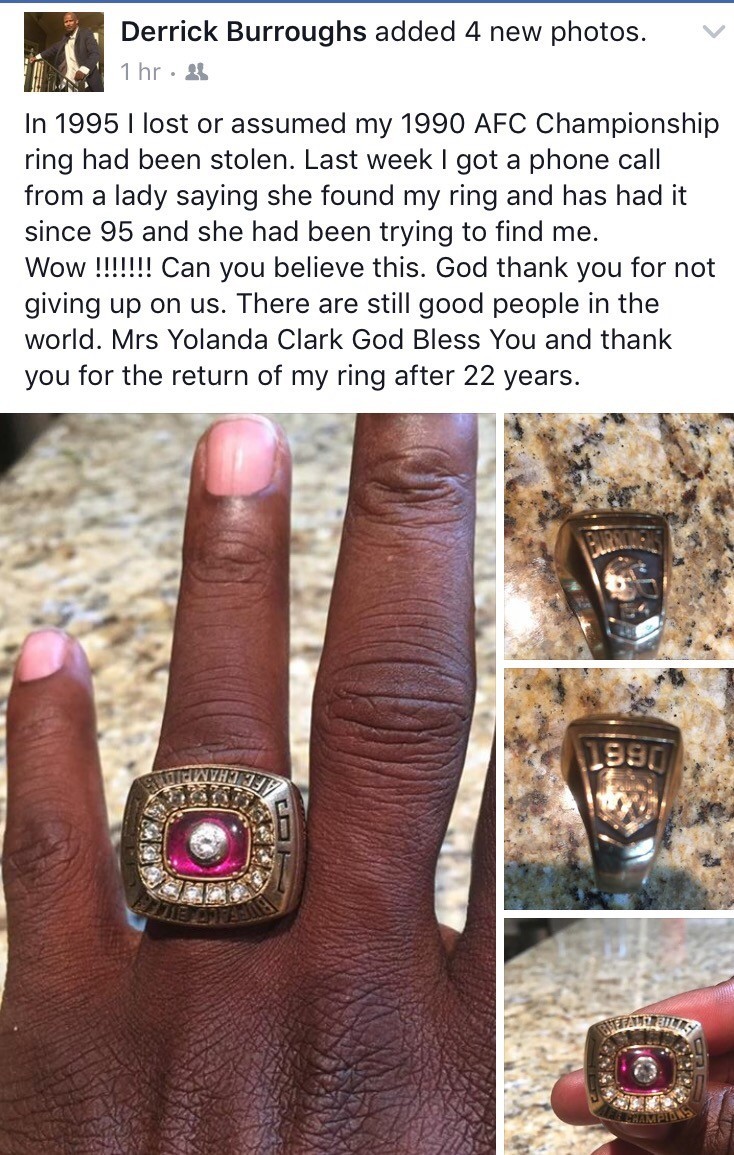 Even though his career was cut short, the Bills fans still rally around him. He lost his AFC Championship ring 22 years ago and a Lady named Yolanda Clark found him and returned his prized possession. Burroughs is currently the AD and Head Coach at Lane College.

I always preach about doing something good for someone. Today, Mrs. Yolanda Clark wins my #LaborOfLove Award.