Chiefs new GM is likely sitting in their meetings 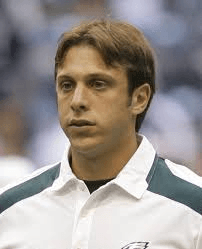 I think Brett Veach should be the next GM in Kansas City.

On Sunday, Terez A. Paylor of the Kansas City Star reported team chairman Clark Hunt fired Dorsey partially because of his lackluster internal communications skills even though the Chiefs sported a 43-21 record over the last four years.

“John does stuff and doesn’t tell people why,” one source said. Another said Dorsey’s style of management “could wear on people.”

I too have heard that Dorsey was doing things behind the back of others and not communicating.  It was wearing on people in the organization.  The Chiefs rumors were swirling over the weekend too.  Many were saying Louis Riddick was going to interview, and that George Paton the Vikings Assistant GM would be a candidate, but both of those failed.

The Kansas City Chiefs have not contacted me and there is no interview set up for this week. Source? Me.

Paton turned down the Chiefs opportunity.

According to Ian Rapoport of the NFL Network, the Chiefs will in fact interview internal candidate Brett Veach to replace fired G.M. John Dorsey. I feel he is the leader at this point. He recently interviewed with the Buffalo Bills, and he is very familiar with Andy Reid.