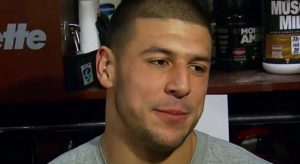 According to CBS Boston, Bristol County DA Thomas M. Quinn III has filed an appeal asking a Supreme Court judge to reinstate the former Patriots tight end’s murder conviction after it was vacated because of an “archaic rule.”

“This is an archaic rule not based on the Constitution, and it should be changed,” Quinn wrote in the appeal. “A defendant who commits suicide should not be able to manipulate the outcome of his post-conviction proceedings to achieve in death what he would not be able to achieve in life. We are asking the Supreme Judicial Court to address this antiquated rule, which does not serve the public interest.”