Super Bowl awarded to Los Angeles for 2021 could now be in doubt? 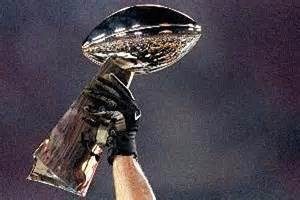 Super Bowl scheduled for 2021 could be moved?

Peter King of MMQB, is reporting that the Super Bowl that was awarded to Los Angeles in 2021, could be in doubt. He mentioned it this morning on the Monday Morning Quarterback column.  This is what he said.

The Los Angeles Super Bowl is in flux. Because of torrential rain in L.A. in the first four months of 2017, the projected opening for the new Rams/Chargers stadium got pushed from summer 2019 to summer 2020. That means the Super Bowl the league awarded to Los Angeles for February 2021 is now in doubt, because the NFL has an unofficial policy of waiting for a new stadium to work the kinks out in year one and before allowing it to host a Super Bowl in year two. The L.A. forces will argue that Minnesota and Atlanta will have 20 games played before their Super Bowls—the same number as the L.A. stadium will have. Why? Because the Rams and Chargers, with 10 games each in the new stadium (eight regular-season, two pre-season), will give the same 20-game experience as the other new palaces. It’s not a big deal anyway … because the league is going to play multiple Super Bowls in Los Angeles, and whether the first one is in 2021 or 2022 in the grand scheme of things isn’t very significant.

The owners are meeting in Chicago this week, so this could be one of the big changes this week.