Does Seahawks CB Richard Sherman have resentment towards his coach and QB? 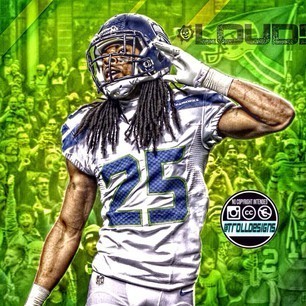 Richard Sherman is not happy in Seattle

ESPN writer Seth Wickersham went digging deep into the past of Richard Sherman and found out some very interesting information.  I cannot confirm any of this information but this is very interesting. Wickersham writes that Richard Sherman is not able to get past the loss in the Super Bowl to the Patriots.  He is not the only one to hate it, as Marshawn Lynch is also upset about the play calling.

One former Seahawks assistant coach feels, Sherman has made it “personal” that the team has not won multiple championships. The All-Pro cornerback feels that Seattle’s defense has set a high standard that the offense and coaching staff have not lived up to.

“He’s always looking at what other people are doing,” the former assistant told Wickersham. “He’s made it personal. It’s your fault we’re not winning. It wears guys thin.”

According to interviews with numerous current and former Seahawks players, coaches and staffers, few have taken it harder than Richard Sherman. He has told teammates and friends that he believes the Seahawks should have won multiple Super Bowls by now. And with just one trophy and the window closing fast, he has placed responsibility for that failing on the two faces of the franchise: Wilson and Carroll. Sherman, who like Wilson declined comment for this story, thinks Carroll hasn’t held Wilson or many young Seahawks to the defense’s championship standard. He’s been disillusioned not only by that single play more than two years earlier but also by his coach’s and quarterback’s response to it.

This does not sound good, Wickersham even goes on to say that Sherman was hoping to be traded from the Seahawks.  What do you think of this information? Could it turn into a bad locker room situation?