Reggie Bush still hopes to land on a team 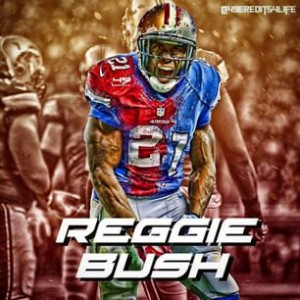 Reggie Bush the former Bills running back is hoping he can get one more shot in the NFL. Last year Bush finished the season with -3 rushing yards. I do not know how he can help anyone but he still wants a shot.

“That’s my plan,” Bush said on NFL Network’s Up To The Minute Live, per Kevin Patra of NFL.com. “Going into year 12, I still feel like I have a lot left to prove, a lot left to give this game before I’m done. I don’t want to put a number on how many years I have left. I think once you get past year 10, you just gotta take it one year at a time and go from there. I’m still excited, still looking forward to playing football again this season, still staying in shape, still working out. I plan to be somewhere in September.”

This could be fun, but I want to know would you give Reggie Bush a shot.