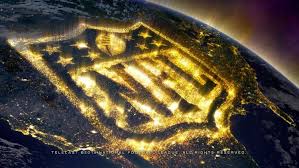 NFL rule changes could be coming

The NFL owners will meet in Chicago this week, and they will be talking about rule changes.  There are several rules that have already been leaked out to media, but there could be many more proposed this week.

According to Pro Football Talk, The league is expected this week to shorten overtime from 15 minutes to 10 minutes.

This could make an overtime interesting, especially if they have a 10 minute possession. We have seen that before. A matter of fact, there have been 29 possessions that lasted 10 minutes or longer since 1999.

According to Peter King of The MMQB, commissioner Roger Goodell, the commanding general in the league’s War on Fun, has been meeting with players throughout the spring to work on easing the celebration penalties. We still don’t know what the new rule(s) will look like, but one change that’s likely coming is that the ball will probably be in play as a prop again without incurring a penalty and a fine.

This could be interesting, so stay tuned to what they decide.