Luke Kuechly will not let concussions mess with his mindset 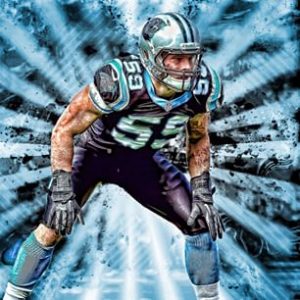 Luke Kuechly of the Carolina Panthers has suffered a concussion or two in the past, but the former Boston College linebacker does not want to think about it enough that it effects his play. Kuechly says he will not let it change the way he plays.

“You play the game and don’t think about getting hurt because that slows you down and increases the likelihood of getting hurt,” he said, per David Newton of ESPN. “I don’t think about it. You just go out there and play. You’ve got to play hard. The moment you slow down, then that’s when you get hurt.”

The Panthers made the smart choice the last concussion Kuechly had to keep him out of the lineup, even though it wasn’t what he wanted to do.

“Everybody knows I wanted to play,” he said. “Everybody knows the decision was made by the coaches. So hopefully we can move on from that. I’m not going to answer any more questions about concussions because I’m done with that.”

While Kuechly is right, the NFL is getting scarier every year. Players are really getting banged up badly.