Buccaneers GM says no one works harder than Jameis Winston 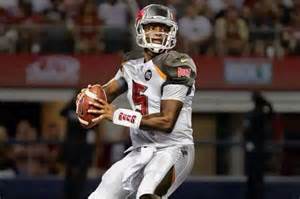 Jameis Winston works hard in Tampa Bay for the Buccaneers

Tampa bolstered their offense by adding DeSean Jackson and O.J. Howard to Jameis Winston’s pass catching corps. While you can add weapons all you want, the quarterback has to get a rhythm with the players. The Buccaneers were scrutinized when they drafted Jameis Winston in the first round, but it has been a blessing. Jason Licht the team’s General Manager wants to see improvement but believes no one in the locker room can outwork their quarterback.

“We expect improvement,” Licht said. “No one works as hard as he does. He’s here every day, has been here the entire offseason for the most part.”

Winston threw 18 interceptions and lost six fumbles last season, and the Bucs feel those numbers will drop this year by adding talent. I agree.

“Learning to know when it is OK to give up on a play and to throw the ball out of bounds, take a sack other than thinking you can make every single play,” Licht said. “That’s been ingrained into his brain on his own part, he is the first to admit that, and I think we’re going to see him make better decisions in that regard.”