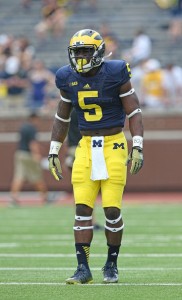 Sabrina Parr was dismissed by ESPN Cleveland after saying that Browns draft pick Jabrill Peppers won’t make it in the NFL because he uses the Lean and pops Mollies, both of which are banned by the NFL.

Peppers shot back at Sabrina Parr claiming his innocence.

“I’m not even going to get into that. Whatever drugs she said I’ve done, I’ve never done in my life,” Peppers said, via Mary Kay Cabot of Cleveland.com. “No one’s going to spoil this for me.”

This is interesting, why would a person claim a person is using drugs, and not have proof.  That is a dumb move.