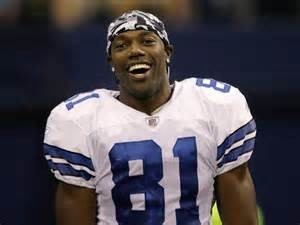 Terrell Owens better make it in the HOF

Calvin Johnson is one of the most talented wide receivers to ever play the game, and he knows talent.  Today the former beast known as Megatron was asked about Terrell Owens, and when someone asked him if he believed T.O should be in the Hall of Fame his response was quick.

“Hands down,” Johnson said. “You can’t name 10 receivers (better). You got to at least name T.O. probably in there at some point.”

Owens ranks second in the NFL in all-time receiving yards (15,934) and third in receiving touchdowns (153). He is being overlooked because of his off-field antics rather than his play.  I agree with Calvin Johnson, do you?