Buccaneers OC calls out Desean Jackson and has high expectations 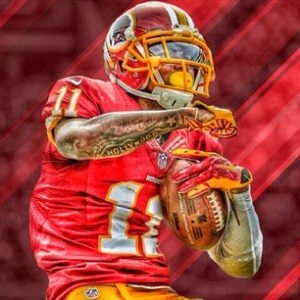 Desean Jackson was paid quite a bit this year in the off-season by the Tampa Bay Buccaneers, and let’s face it the guy has not played an entire season since 2013.  His offensive coordinator is aware of these things, and called out his wide out during an interview.  Todd Monken said he has high expectations for DJax.

“How can we get DeSean Jackson up to playing at a really high level? Not that he’s still not capable of it, but how do we get him to play at why we paid him?” Monken said Thursday, via the Tampa Bay Times. “I’ve told him that, ‘we have paid you a hell of a lot of money to be a damn good player. We’re not paying you a lot of money, this is a contract where we’re paying you for what you’ve done for us … we’re not paying like [Derek] Jeter the last three years … we don’t have any old street cred that we’re paying you. No. We need you to be a great player now. Okay? That’s why we gave you the money.

I love this, and believe it will motivate Jackson to play harder.  Remember D-Jax is 30 years old, just saying…