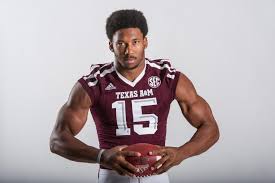 Myles Garrett is the best player in the draft, but can he back it up

Myles Garrett has a great burst off the ball, but Bruce Smith has to know what he is talking about. The Hall of Fame pass rusher showed up to Myles Garrett’s draft party and let him have it a little after watching film with the first round pick. Bruce was a hard critic, he told Garrett:

“He said I was slow off the ball,” Garrett said Saturday on the second day of rookie minicamp.

Garrett laughed a bit, but respected it.

“I kind of laughed a little bit,” he said. “Most people wouldn’t say that, but he’s one of the greatest if not the greatest pass-rushers, so if he thinks so, and I want to be at this level someday, then I’ve got to take his advice – and run with it.”

Garrett has never heard that before.

I like that Garrett did not get in his feelings, because let’s face it Bruce Smith was a freak back in the day.