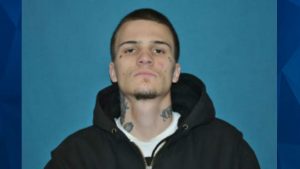 Aaron Hernandez may be gone, but his Friend Kyle Kennedy in prison is now out to get what belongs to him.

In a statement released yesterday by his attorney, inmate Kyle Kennedy said, “I want to be clear that at no time have I seen a note addressed to me from my close friend Aaron Hernandez but I have reason to believe it was in fact intended for me.

Tbe Former Pat said Kennedy told him that Hernandez, 27, had promised to give him a $47,000 watch he had custom-made in Las Vegas.

Kennedy said in yesterday’s statement he was done talking about the alleged giftand the nature of his relationship with Aaron Hernandez “at this time.”

This is from Hernandez’ fiance.

“There’s nothing for Kyle Kennedy,” she said. “It’s nonexistent.”