Whose In and Who is Out of the First Round? 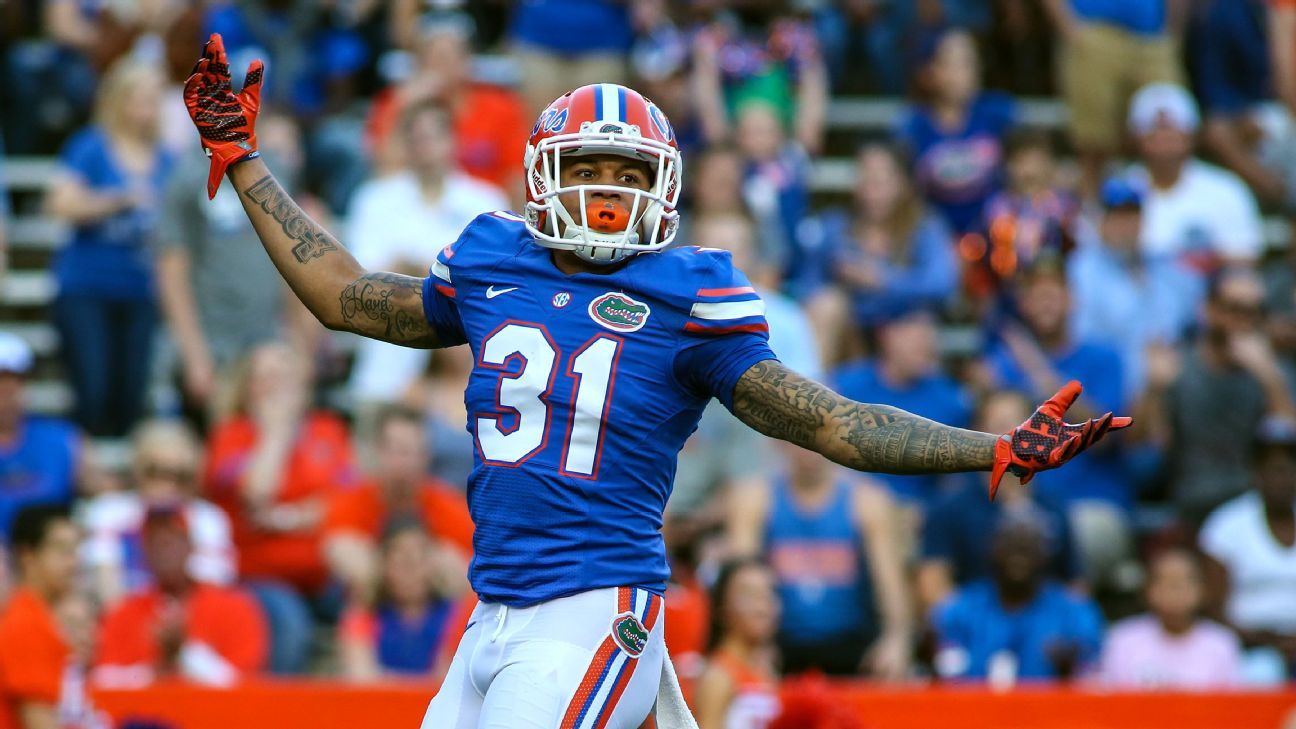 Who’s in and Who’s out of the first round

We are just a few weeks away of the NFL Draft, but there is still confusion and debate on whether certain players will go in the first round. Here I will point out four controversial names and tell you whether I think they they are IN or OUT.

Davis Webb QB, CAL: Webb is one of the most controversial players in this draft, and over the last few weeks we have heard many rumors about him ending up in the first round. The truth is he will not go in the first round. Advertised as a weak Quarter Back class, it does not seem to me a team would spend a first round pick on Webb since there are better defensive players available and better Quarter Backs available. Many including myself would take a shot on Webb, but the first round is way to steep for my liking.

Chidobie Awuzie CB, Colorado: Awuzies’s name kind of came out of nowhere the past week as many big media analysts have put him in the first round. Back when I scouted Awuzie I did not see a first rounder purely based on talent, but after this new love for him I went back and confirmed my previous thoughts on him. In one of the deepest and best Corner Back classes I would be very surprised to see Awuzie being drafted in the first round.

Patrick Mahomes QB, Texas Tech: Mahomes was considered a late day 2 guy in January, but since then his stock has boomed and it has not slowed down. Mahomes has amazed everybody with his incredible arm at the combine and pro day. Mahomes is still by no means a lock for the first round. The consensus top 2 QB’s are Watson and Trubisky who will most likely be taken ahead of Mahomes. Taking this into account this leaves maybe 2 or 3 teams that would consider taking a QB. Many of these teams at the end of the first round like the Texans and Chiefs, have both made the playoffs the last couple years and might opt to draft a defender to help their team reach the next level. If Mahomes is not taken by any of those teams, I could envision a Teddy Bridgewater scenario where a QB needy team jumps into the bottom of the first to snatch him.

Jalen Tabor CB, Florida: Over the college football season Tabor was one of the most highly thought of corners in the draft. Since the end of the season Tabor’s stock has taken a big fall with analyst ranking him into the third round for a couple of reasons. The first is that many good corners were “discovered” leaving Tabor as an after thought. The second is Tabors terrible 40 time. This became a pretty big deal to people which only shot him down less. In my opinion Tabor is still a top 3 corner in this class and will be drafted in the first rounds most likely in the late teens or twenties.

Over the next few weeks many rumors and anonymous sources saying this and that will appear. My advice would be to pay attention to all of them but not rush to judgment and make a harsh decision based on something you are unsure of. At the end of the day we all want to get the most picks right on our mocks.