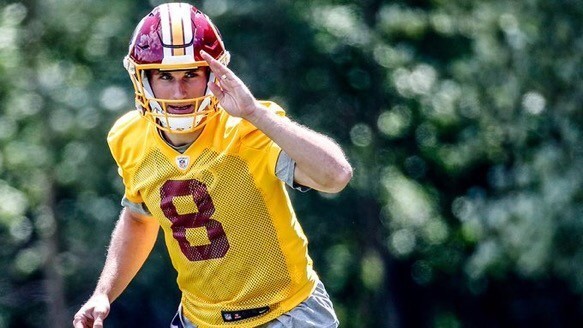 One of the most exciting things over the draft process or on draft day are trades. Teams will move up to snatch a player and a team will trade down to acquire more picks. Last year the number 1 and 2 picks were traded before the draft, but during interesting moves such as the Broncos trading up and drafting Paxton Lynch and the Bears going up and getting Leonard Floyd. Here are a few trades I feel could happen.

At the time of this article the Vikings have a backfield consisting of Latavious Murray and Jerrick McKinnon, which is nothing to be excited about. The Vikings need a RB to carry the load and Murray has had injury issues and has not shown anything special. By trading into the 18th pick you move ahead of Tampa Bay who could be looking for a RB. Rick Spielman has already show he is not afraid of trading away early picks, so why not trade in and get the star RB to replace Peterson. The Titans acquire more draft capital as they continue to build a very strong and young team.

The Texans need a QB, and they need one now. After the Brock Osweiler experiment it was clear the way to go is through the draft. The window is closing on that elite defense, so even though this might not be the strongest QB class the time is now to get one. By trading into the 11th pick, the Texans will most likely have a chance to land either one of the top 2 QB’s. The 11th pick is important because it is right before the Browns pick, and with their QB needs you can bet that they are thinking QB. The Saints are still a couple years away from seriously contending, so acquiring these picks is the right way to go.

This is a trade I find unlikely to happen, but there have been rumblings about Cousins displeasure in Washington and San Francisco has been thought of as a possible destination. The 49ers need a starting QB, and even though Hoyer and Barkley had good years, they cannot depend on them. The 49ers would be needing to make a big financial commitment on Kirk but the truth is, good young QB’s are hard to find and if they are not convinced with anybody in the class, this option seems very reasonable. They also acquire a 3rd round pick to sweeten the deal. On the Redskins side, the displeasure of Cousins has been very evident and it might be time to split ways. The Redskins get the 2nd pick in the draft meaning they could get any QB they want, or an elite defender. This would be a blockbuster deal with a lot of moving parts, but with recent events it is a real possibility.