First Round projected pick is being investigated for sexual assault 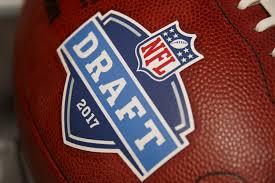 This is interesting and the media including myself are having a very hard at getting information from law enforcement.  According to a report broke by Channel 19 in Cleveland a first round pick is reportedly in hot water for a sexual assault allegation.

The accused is a college football player who is expected to be taken in the first round of Thursday’s NFL Draft.

We are not naming the player because we’re waiting for the police report. And we want to be very clear he has not been officially charged with a crime at this point.

By phone, investigative producer Cassie Nist spoke to the player’s attorney, Kevin Spellacy, who said he is representing the player in this matter, but said the accusations are “ludicrous and ridiculous.”

“In my opinion this young lady is an opportunist and it’s actually despicable,” said Spellacy.

The player’s attorney says it all started at the Barley House on West 6th Street, when a group left there to go to the Westin for a hotel room party. He said his client was never alone with the alleged victim, and he has three witnesses who said he did nothing wrong. When police arrived at the Westin, the player had already left. The attorney said he is willing to bring his client in to be interviewed by police, but not right away. He has made arrangements for the interview to be held right after the NFL Draft.