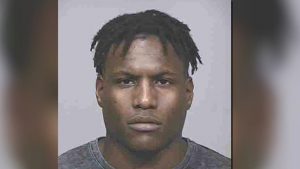 Cardinals wide out Marquis Bundy was arrested for disorderly conduct

The off-season is here and players are starting to get in trouble for some of the dumbest things.  Marquis Bundy worked so hard to make the Arizona Cardinals roster as an undrafted free agent last year, and this year he is already putting a red flag next to his name.

Over the weekend, the Cardinals receiver was arrested for disorderly conduct and failing to obey a police officer.

FOX 10 in Phoenix reports that the arrest took place outside a Scottsdale club on Saturday. Police say Bundy was upset about losing his hat inside the club and police tried to calm him down. Police asked Bundy to leave, he refused and yelled at them and was arrested.

Bundy appeared intoxicated according to the reports.