After a disappointing end to a 12-4 season where the Raiders lost in the Wildcard round, many fans were looking to the offseason as a way to regroup and add more pieces to the team. The first step of the offseason, Free-Agency was the first step in this. 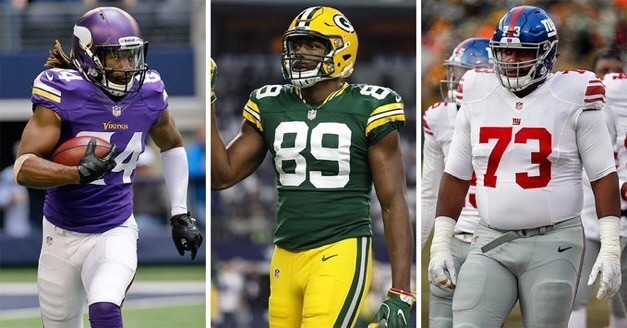 Many fans were expecting big signings like safety Tony Jefferson, linebacker Dont’a Hightower, and defensive tackle Calais Campbell. These signings were unlikely so I didn’t really care. 2017 Free-Agency for the Raiders isn’t disappointing for what they didn’t get, it’s for what they did get.

The first signing for the Raiders was wide receiver Cordarrelle Patterson. Out of all their signings, this was the best one. Patterson will not only give Seth Roberts a challenge for the slot receiver spot and will join running back Jalen Richard as one of the best return duos in football.

The next signing is the one I consider the most disappointing. The Raiders signed tight end Jared Cook, a veteran who practically has the same stats as second-year tight end Clive Walford. Cook had 377 yards, 30 receptions and one touchdown. Walford had 359 yards, 33 catches and 3 touchdowns. With the tight end class being so good why waste cap space on Cook?

Smaller pickups by the Raiders have been offensive tackle Marshall Newhouse, quarterback EJ Manuel, and linebacker Jelani Jenkins. Each of these players could have an impact on the team.

Newhouse is coming to Oakland hoping to take the right tackle job on the offensive line. Adding Newhouse brings in more competition alongside Denver Kirkland, Austin Howard and Vadal Alexander. Will he win the job? Most likely not, but adding depth is key.

Manuel provides much needed depth to a quarterback group which is top heavy. When Carr went down last season everything fell apart and Manuel could learn from Carr. Many Raiders fans think Connor Cook will destroy Manuel for the backup job but yet he couldn’t beat McGloin last year.

Jenkins is the most intriguing pickup of the offseason. Jenkins had a breakout season two years ago for the Miami Dolphins but injuries derailed the last two seasons. If Jenkins can stay healthy, the Raiders could get a serious steal.

The Raider Nation must understand that spending big this offseason really wasn’t possible with upcoming contracts for Derek Carr, Khalil Mack, Gabe Jackson and Amari Cooper coming. Also we should be happy because we don’t have to poach other team’s talent anymore.