Seahawks are comfortable with Blair Walsh as their kicker 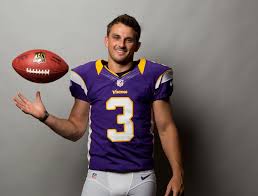 Blair Walsh will revitalize his career in Seattle

“I’d be lying if I told you it wasn’t,” Schneider said, via the Seattle Times. “But he’s a very confident guy on his visits. And he has had, he was a Pro Bowler and he’s gone on a streak where he hit like 17-of-17. He’s got a lot of talent and there are certain boxes that we had to check before we moved forward with it.”

With the team losing Steven Hauschka to free agency, the Seahawks once again beat the odds. They found a Pro Bowl kicker who was on the couch and paid him way less than what Hauschka was about to get paid.  Seahawks atmosphere is something else. If you are down, when you get to Seattle for a couple weeks everything changes. It is a place you can truly revitalize your career.