Ricky Wagner is the first player to agree to a new contract; FREE AGENCY FRENZY 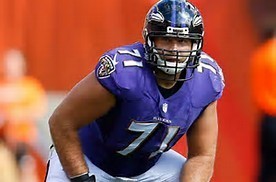 Ricky Wagner will be a Lion

Ricky Wagner is the first player to come off the market.  According to Ian Rapoport of NFL Media Insiders, Ricky Wagner is signing a deal with the Detroit Lions.  The deal will reportedly pay him 9 million dollars a season.

The Bills were making a push to sign Wagner along with the Bears, but that will not happen now.

Wagner, 27, is a former fifth-round pick of the Ravens back in 2013. He has played out his four-year, $2,304,560 rookie contract and was one of the best available offensive tackles in this year’s free agent market.