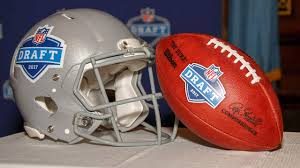 Princeton DB Dorian Williams has met with the #Broncos prior to his pro day, and has interest from the #Giants #Jets and #Raiders.  He will attend the #Giants local day on April 7th.

Cincinnati LB Eric Wilson has met or is scheduled to meet with the Colts, Buccaneers, Dolphins, Jets, Bengals, Lions, Vikings and Jaguars.  The Houston Texans also have expressed interest in the physical linebacker.

Chad Geter the Hybrid LB from Gardner Webb had the #Steelers #Chiefs and #Falcons at his pro day.

Jackson State LB Javancy Jones was worked out by Arizona Cardinals LB Coach Larry Foote at his pro day. Jones has met with the #Raiders #Steelers #Seahawks #Colts and #Cardinals

UNH RB Dalton Crossan had a great pro day and worked out in front of the Patriots and Colts.  He has an a private workout with the Seahawks in April. Dalton will also attend the Giants and Jets local day

UNH TE Jordan Powell has been invited to the #Giants local day on April 7th.